An afternoon of celebration to award the Maths Week London contest 2019 champions.

We recently gathered at City Hall to congratulate the winners of the Maths Week London Contest from Sumdog. Chief Executive of the Mayor’s Fund for London Kirsty McHugh, and Sumdog CEO Andrew Hall, were joined by representatives from the top two winning classes for an afternoon of celebrations.

The Maths Week London Contest from Sumdog encouraged pupils to practise maths as they competed against other classes across the capital.  Pupils simply answered as many correct maths questions as possible while playing Sumdog’s online activities – some even did it as homework! Scores were based on accuracy and questions adapted to each individual pupil’s level so everyone had a fair chance of becoming contest champions.

Palmers Green High School were awarded the winning trophy after battling it out to answer the highest number of accurate questions. The week long contest which had 11,884 pupils playing, ended with the Year 9 class reaching an impressive average of 847/1000 correct answers. Year 5 at William Davis Primary followed closely behind, climbing the leaderboard to second place with an average of 822 correct answers. They looked great sporting their shiny silver Sumdog medals – we have a feeling they’ll be back next year to fight for the number one spot. 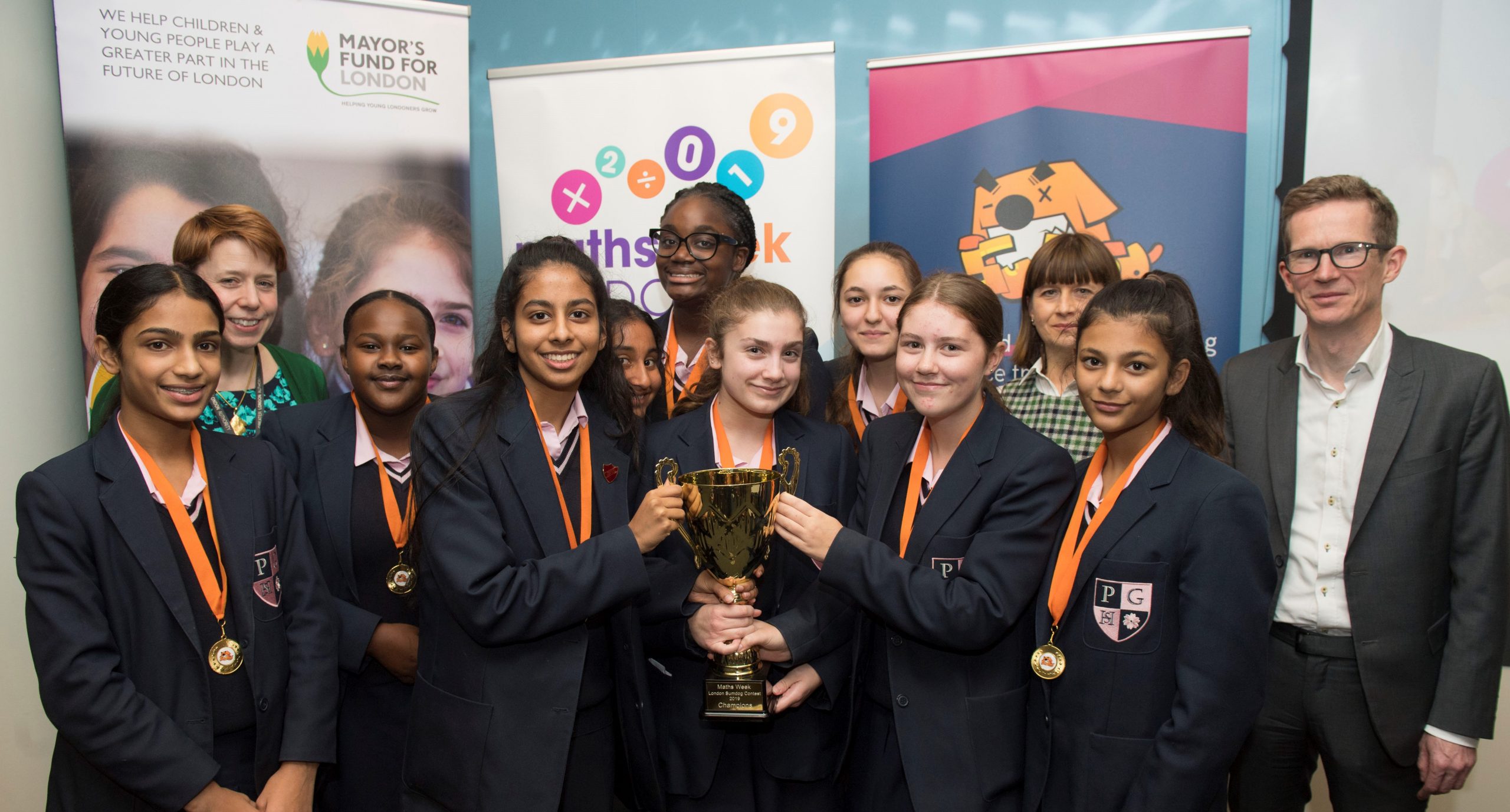 “It was an absolute pleasure to present 1st and 2nd prizes for the inaugural Maths Week London Contest.  I was very impressed at the accuracy both classes achieved during the contest – what an achievement!”

It was wonderful to see so many pupils across the capital practising and celebrating maths, truly reflecting our mission to encourage all children, teachers and parents to share in a love of maths. 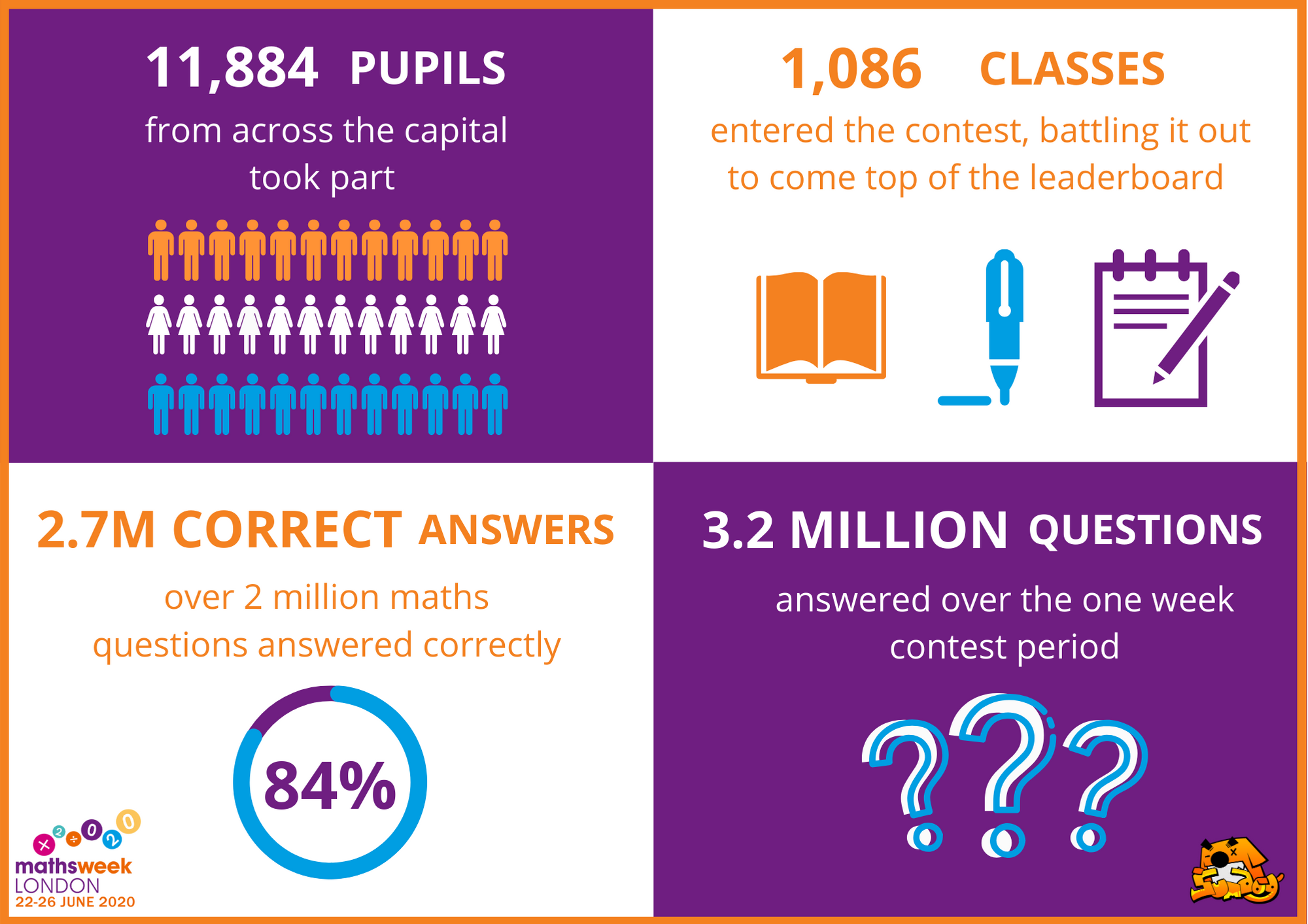 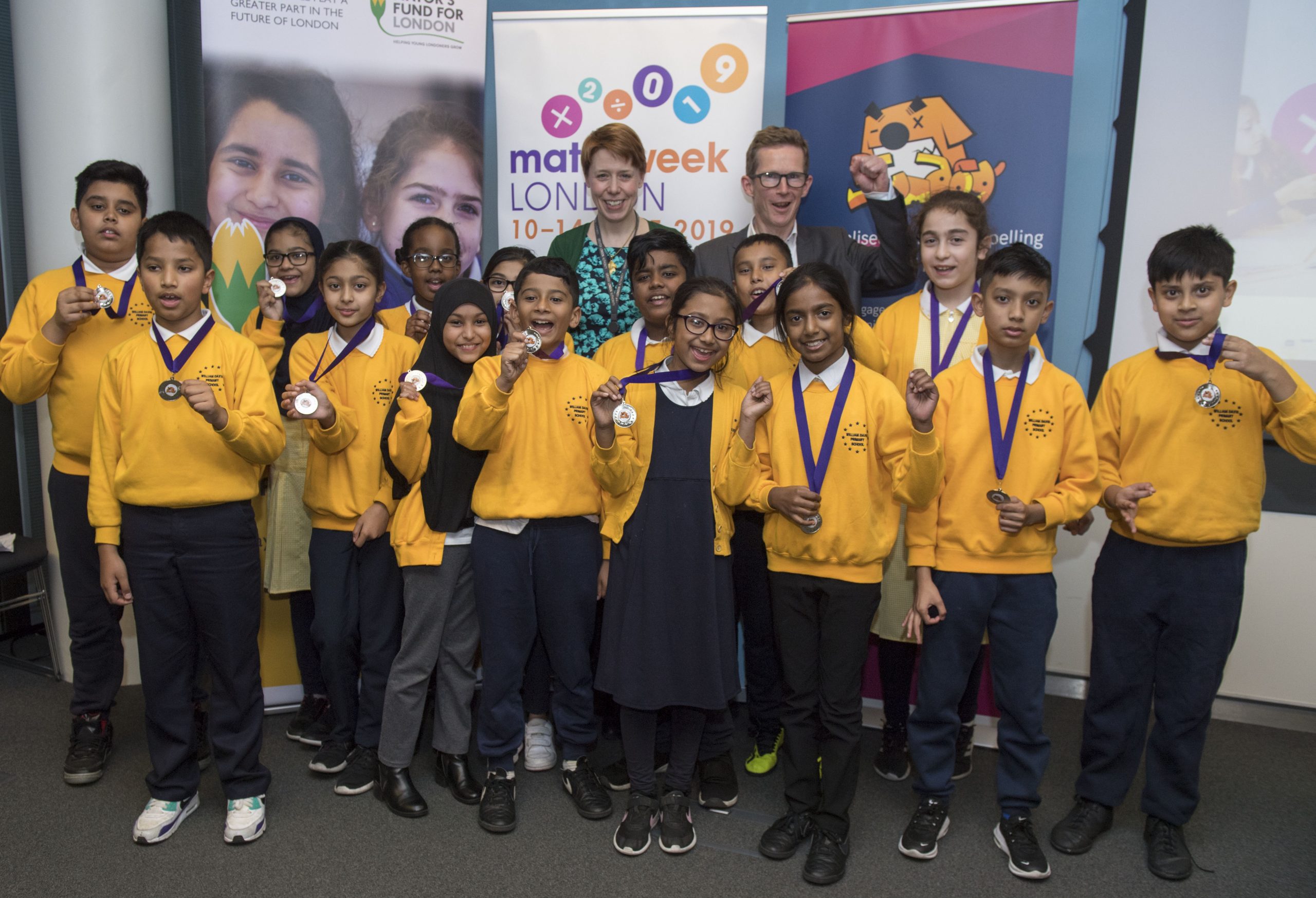 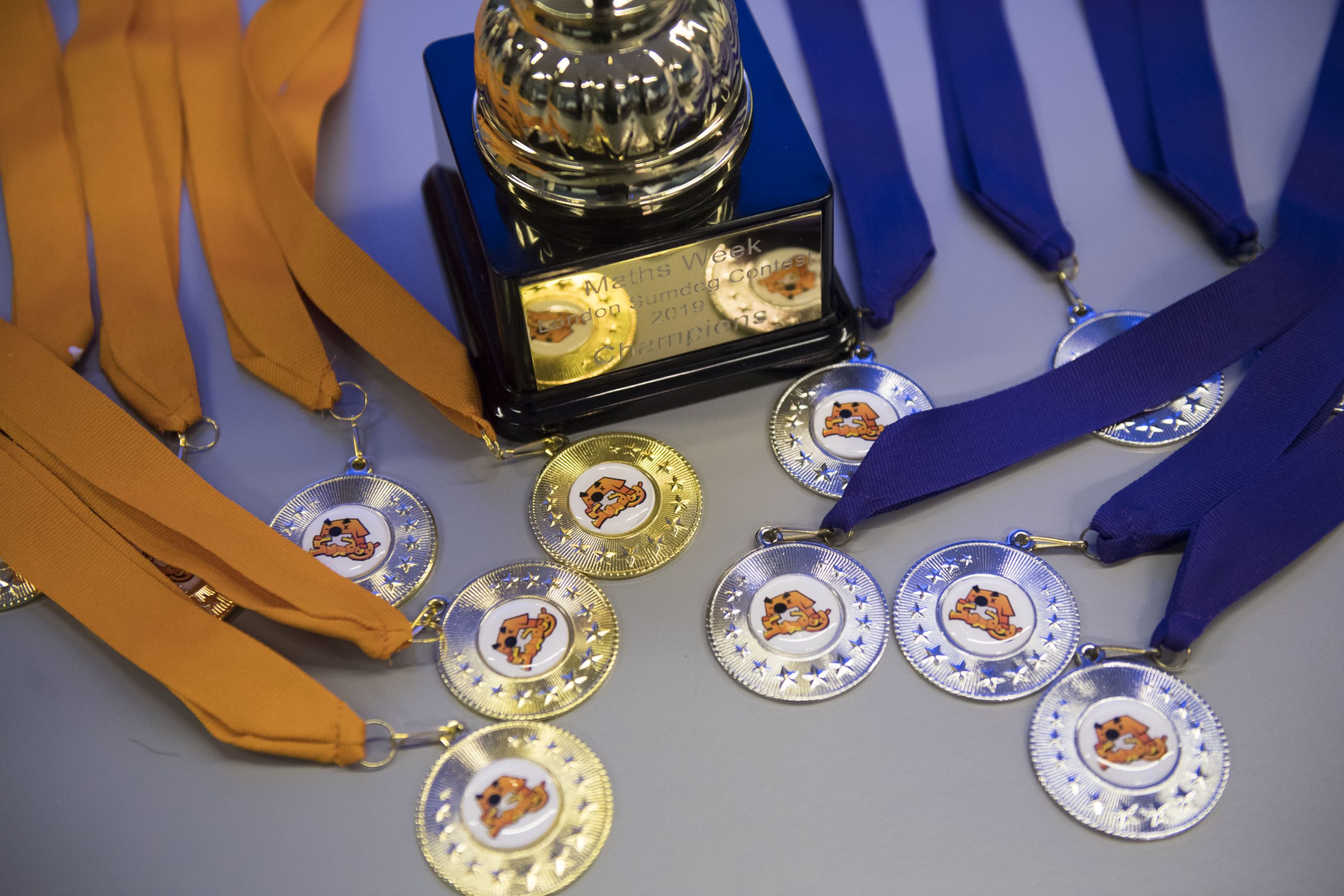 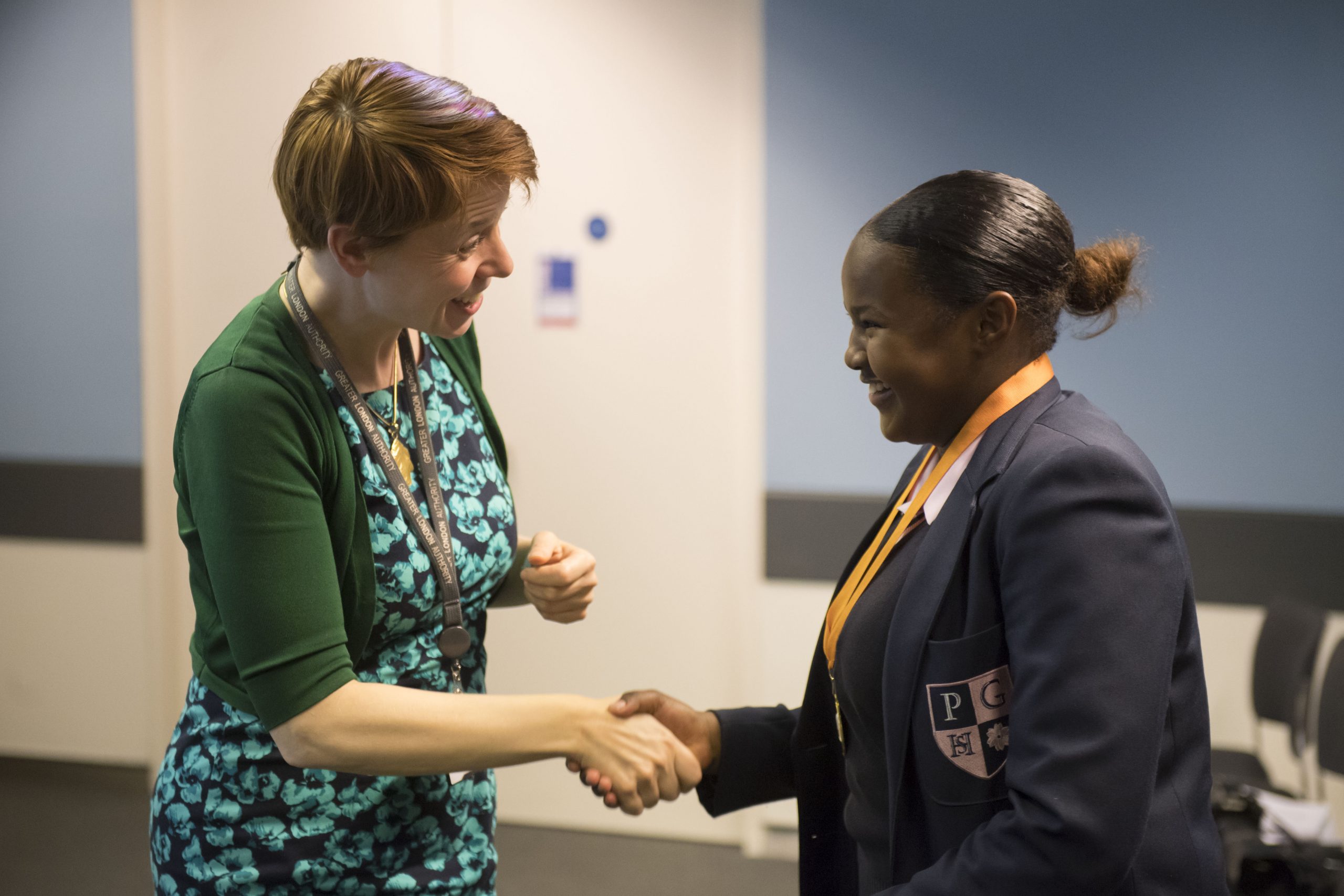 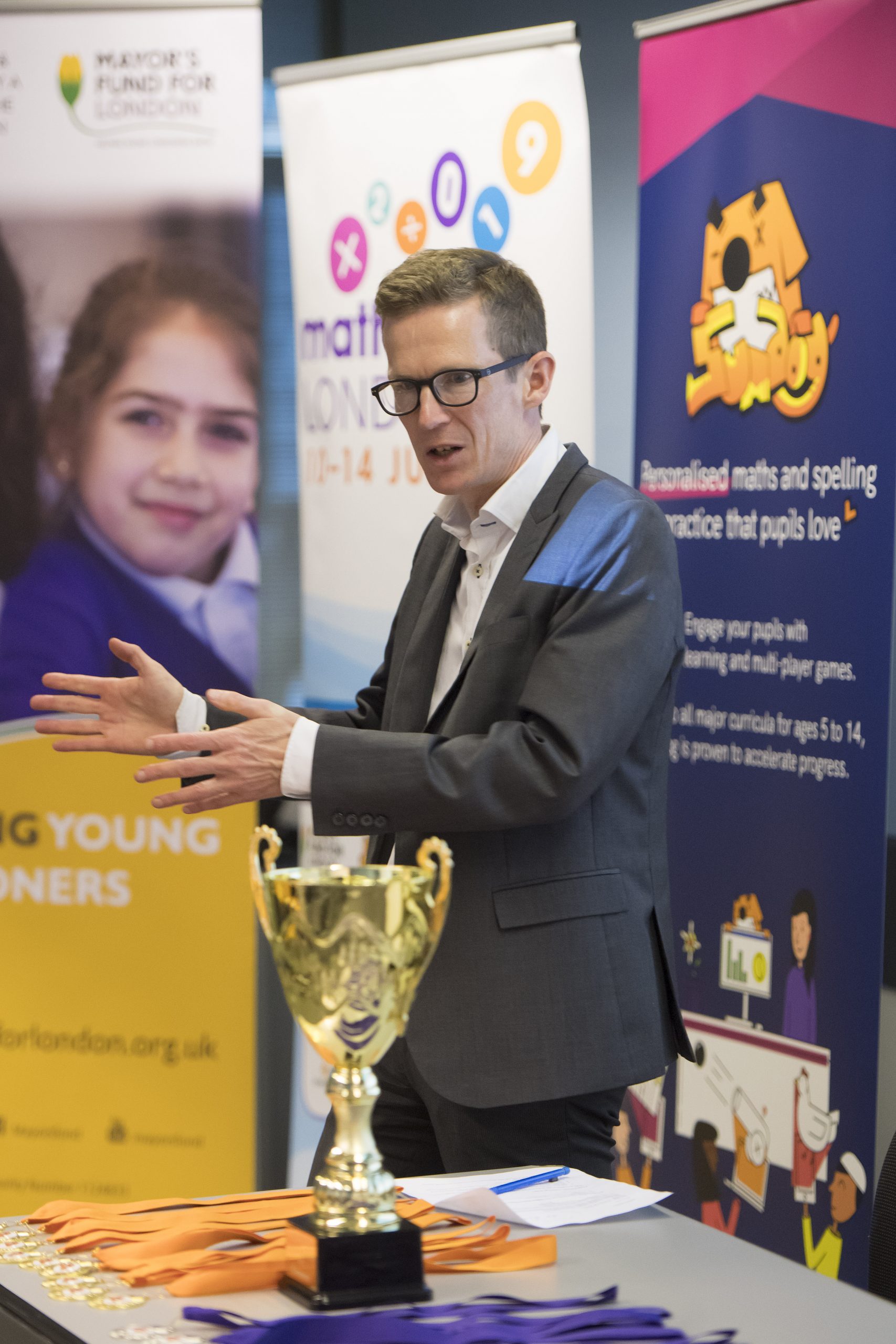 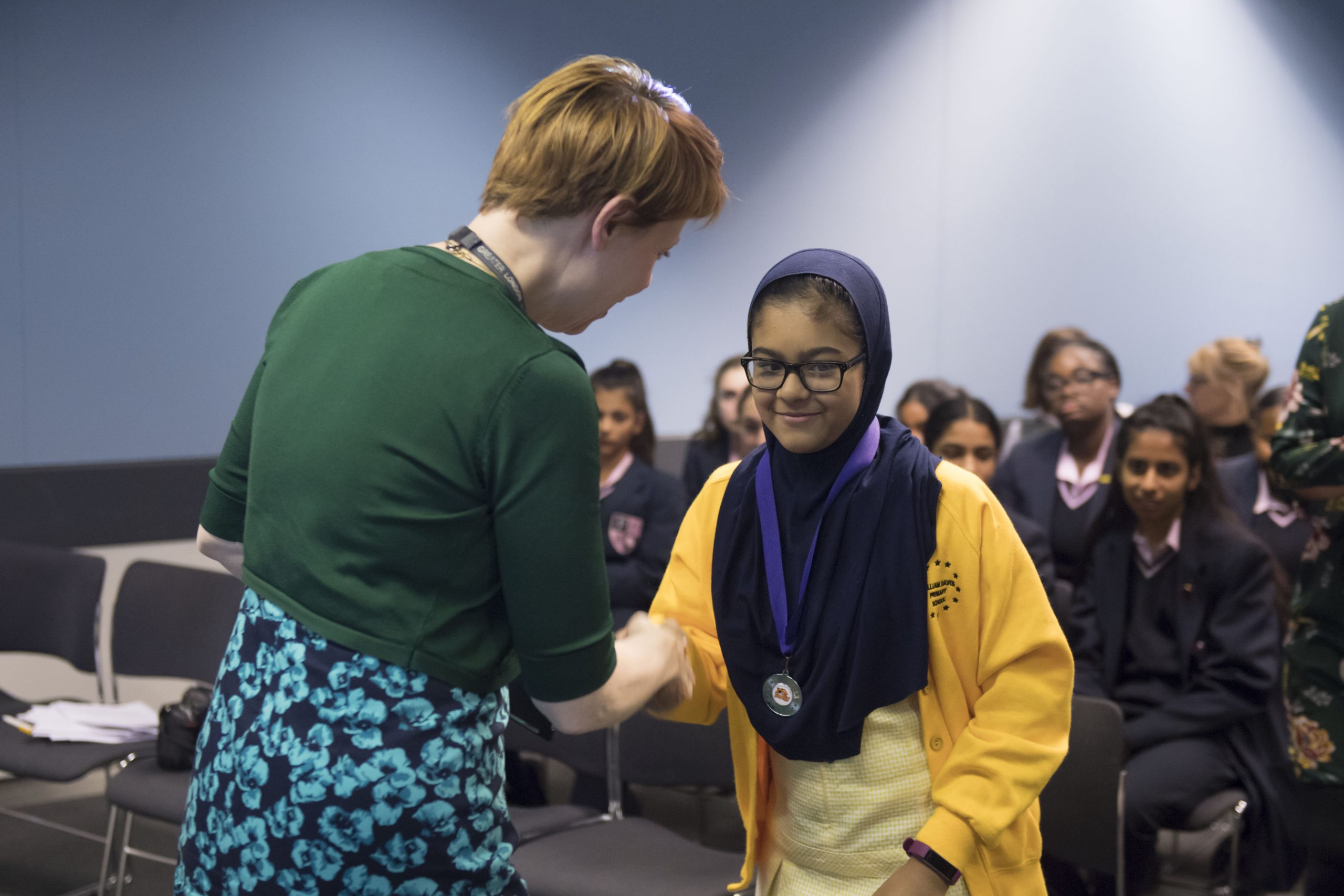 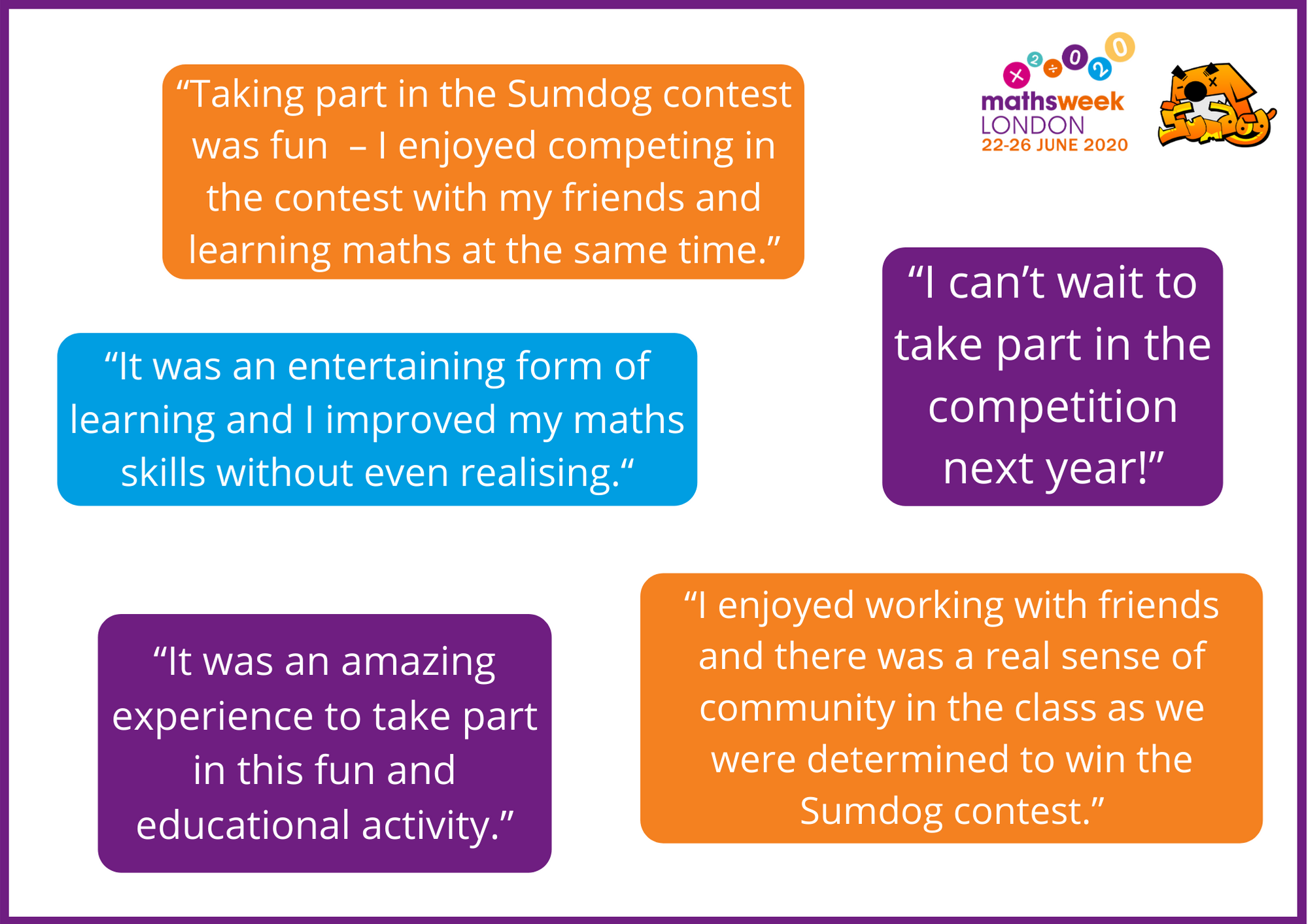 Don’t miss Maths Week London 2020, taking place 22-26 June. You can register your interest here and sign up for all of the latest updates.

The Maths Week London Contest from Sumdog will also return next year between 19-25 June. It is completely free to enter and is a fantastic way of motivating children and encouraging teamwork.

“The Sumdog Maths Contest proved to be very popular with our pupils. They enjoyed working together and competing against other classes. Their success in the competition really boosted their confidence, and they were pleased to attend the Award Ceremony and proud of award they received. The competition was well organised and the instructions and support were very good.” 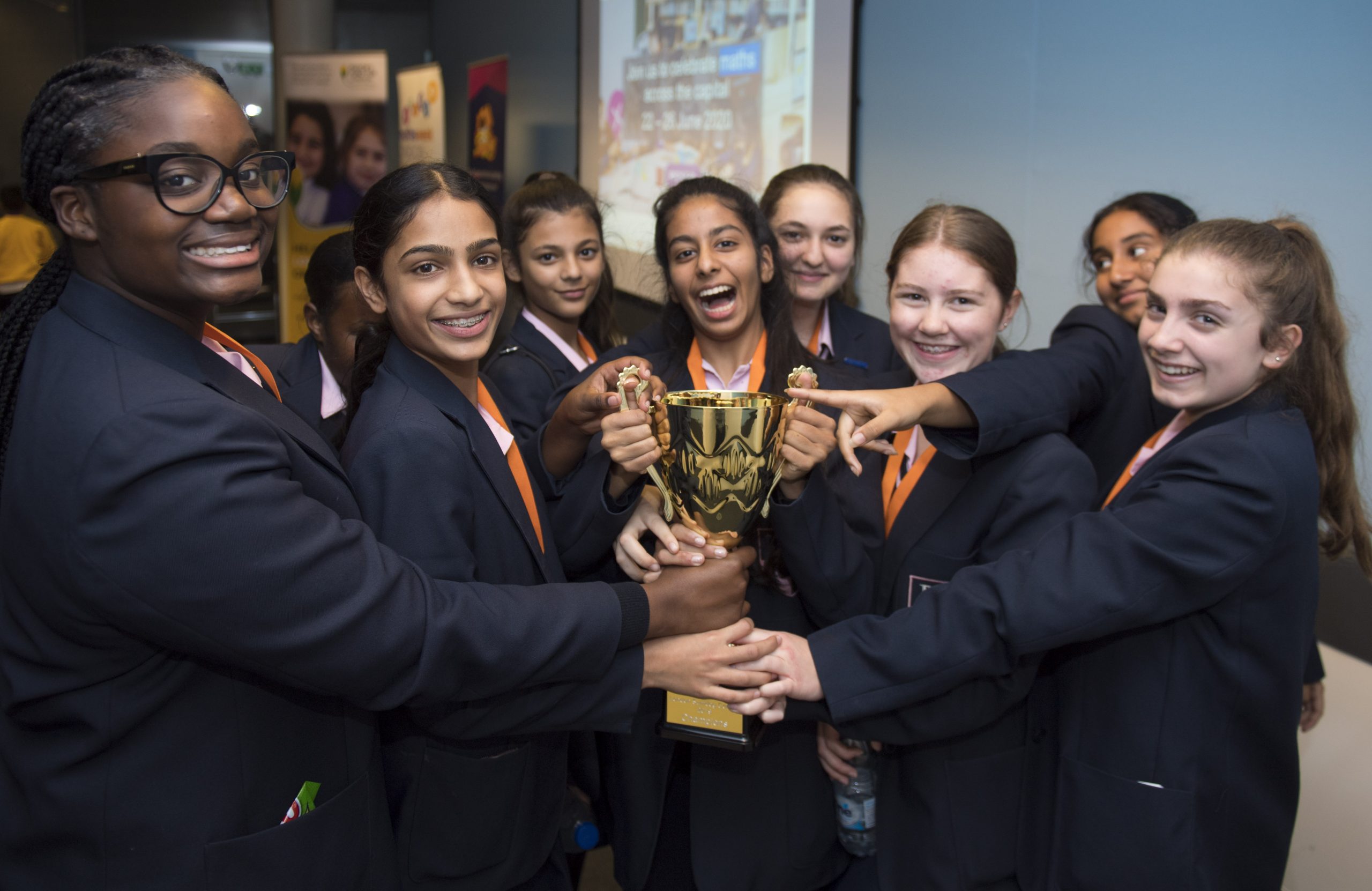